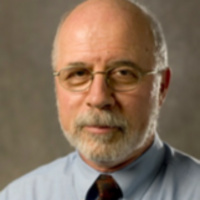 Dr. Clarfield received his MD from the University of Toronto in 1975 going on to specialize in Family Medicine, Community Medicine and finally in Geriatrics. He was with the Faculty of Medicine at McGill University (1978 -1992) where he was head of the University Division of Geriatric Medicine and Assistant Dean (1989-92). In Israel he was Head of the Division of Geriatrics at the Ministry of Health (1994-2001), then Chief of Geriatrics at the Soroka Hospital (2001-2012). From 2009 - 2018 he was head of the Medical School for International Health, Vice Dean and Professor of Geriatrics in the Faculty of Health Sciences of the Ben-Gurion University of the Negev where he now enjoys Emeritus status. His research interests include Alzheimer's disease as well as the organization of health care systems.

Master's in Aging & Health Program, Graduate School of Arts & Sciences, Master of Science in Health and the Public Interest Program