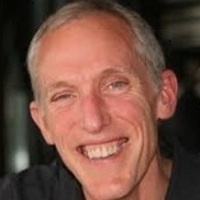 Richard De Veaux, Ph.D. (Dick) is Professor of Statistics at Williams College. He holds degrees in Civil Engineering (B.S.E. Princeton), Mathematics (A.B. Princeton) and Statistics (Ph.D., Stanford). Before Williams, Dick taught at the Wharton School at University of Pennsylvania and the Engineering School at Princeton. He has also been a visiting research professor at INRA (the Institut National de la Recherche Agronomique) in Montpellier, France; the Université Paul Sabitier in Toulouse, France; and the Université René Descartes in Paris. De Veaux has won numerous teaching awards including a “Lifetime Award for Dedication and Excellence in Teaching” from the Engineering Council at Princeton.  He has won both the Wilcoxon and Shewell (twice) awards from the American Society for Quality, is a fellow of the American Statistical Association (ASA) and an elected member of the International Statistical Society.  In 2006-2007 he was the William R. Kenan Jr. Visiting Professor for Distinguished Teaching at Princeton University.  In 2008 he was named the Mosteller Statistician of the Year by the Boston Chapter of the ASA.

Dick has been a consultant for over 25 years for such Fortune 500 companies as Hewlett-Packard, Alcoa, American Express, Bank One, GlaxoSmithKline, Dupont, Pillsbury, Rohm and Haas, Ernst and Young, SanofiPasteur and General Electric. He holds two U.S. patents and is the author of more than 30 refereed journal articles. He is the co-author, with Paul Velleman and David Bock, of the critically acclaimed textbooks “Intro Stats”, “Stats: Modeling the World” and “Stats: Data and Models” and with Norean Sharpe and Paul Velleman of “Business Statistics” , and “Business Statistics: A First Course”,  all published by Pearson.