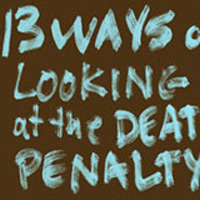 Conversation, Reception, and Book Signing with Mario Marazziti, Author of 13 Ways of Looking at the Death Penalty

"Mario Marazziti's book is a deeply moving and cogently argued account of why an abominable practice, the death penalty, should be abolished. It dehumanizes those who use it. Its mistakes cannot be corrected."   —Archbishop Desmond Tutu

"You WANT to read 13 Ways of Looking at the Death Penalty! Not only for its superb, well-crafted content, but because of its unique, colorful (very), amazing mover-&-shaker of an author, Mario Marazziti, whose friend I am proud to be. On the global scene no one has worked closer with me to abolish the death penalty than this man. These words are forged in fire!" —Sister Helen Prejean, author of Dead Man Walking

Mario Marazziti (born 1952) is known internationally as the spokesperson for the Community of Sant'Egidio, a progressive Catholic movement devoted to peacemaking and human rights, based in Rome and present in seventy countries.  In 2002 he was a founding member of the World Coalition Against the Death Penalty; in 2012 he was elected to the lower house of Italy’s parliament, the Camera dei Deputati, where he pursues a broad human-rights portfolio. Fluent in English, he is the author of a number of books in Italian and a regular contributor to Corriere della Serra. He lives in Rome.

Paul Elie is a Senior Fellow with the Berkley Center here at Georgetown and the moderator of the university's Faith & Culture lecture series, sponsored by the Office of the President.  He is the author of  The Life You Save May Be Your Own (2003), a group portrait of four American Catholic writers, and Reinventing Bach (2012), an account of the transformation of Bach's music in our time by great musicians working with new technology.  Both books were National Book Critics Circle Award finalists.   He writes for The New York Times Book Review, The Atlantic, and Vanity Fair, and for Commonweal, which recently featured his afterword to Mario Marazziti’s 13 Ways of Looking at the Death Penalty.