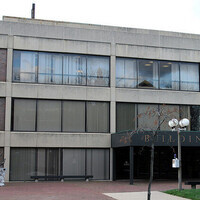 Abstract: Glioblastoma (GBM) is an aggressive and incurable tumor of the brain with limited treatment options. Current first-line standard of care is the DNA alkylating agent temozolomide (TMZ), but this treatment strategy adds only ~4 months to median survival due to the rapid development of resistance. While some mechanisms of TMZ resistance have been identified, they are not fully understood. There are few effective strategies to manage therapy resistant GBM, and we lack diverse preclinical models of acquired TMZ resistance in which to test therapeutic strategies on TMZ resistant GBM. I created and characterized two new GBM cell lines resistant to TMZ in vitro, based on the 8MGBA and 42MGBA cell lines. Analysis of the TMZ resistant (TMZres) variants in conjunction with their parental, sensitive cell lines shows that acquisition of TMZ resistance is accompanied by broad phenotypic changes, including increased proliferation, migration, chromosomal aberrations and secretion of cytosolic lipids. Importantly, each TMZ resistant model captures a different facet of the “go” (8MGBA-TMZres) or “grow” (42MGBA- TMZres) hypothesis of GBM behavior. Using these created model systems, I went on to better define the function and interacting partners of the pro-apoptotic ERRβ2 isoform in GBM and test the ability of splicing kinase inhibitors to shift isoform balance towards the ERRβ2 isoform. I found that the cytoplasmic ERRβ2 isoform suppresses GBM cell migration and interacts with the actin nucleation-promoting factor cortactin, and that an ERRβ agonist remodels the actin cytoskeleton and also suppresses migration. CLK inhibition with TG-003 in combination with the ERRβ agonist DY131 shifted isoform expression in favor of ERRβ2 and leads to suppression of growth and migration in TMZ-resistant GBM cells. Finally, I used a novel zebrafish model to show that the combination of TG-003 and DY131 has anti-tumor activity in vivo in a setting where the BBB is intact. Finally, I took a broader approach exploiting the known mechanism of action of TMZ, which creates a mutagenic O6-methyl guanine adduct, to determine the role of guanine mutations in changing DNA and RNA secondary structures. I further present two potential second- line therapeutic strategies for TMZ-resistant GBM with a confirmed biomarker in a small patient cohort. I found mutations in the G-rich G-quadruplexes (G4s) and splice sites that can be specifically targeted in TMZ-resistant cell lines with a G4 stabilizing drug (TMPyP4) and a novel splicing modulator (CLK2i). I also found mislocalization of the G4-binding and RNA-binding protein EWSR1, which forms amyloid-like cytoplasmic aggregates in the TMZ-resistant cells specifically. This study establishes a link between altered DNA/RNA secondary structure and splicing deregulation as avenues of second-line therapy in TMZ-resistant GBM with cytoplasmic EWSR1 as a potential predictive biomarker for successful intervention. In summary, my goal was to create TMZ-resistant models, and test their dependencies for potential second-line therapeutic options for GBM patients in the future.