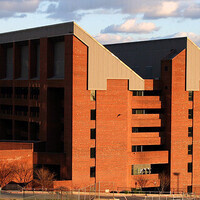 Title: The Morphosemantics of Spanish Gender: Evidence from Small Nominals

The feature of ‘gender’ has been a popular topic in recent years due to a general interest in phi-features, agreement and concord, and noun categorization (Mathieu et al., 2018). Nevertheless, how interpretable gender is assigned to a noun, and the more general relationship between gender-associated morphology and the semantic interpretation of gender, are open questions.

I provide an account of gender in Spanish that specifies where it is located on the nominal spine, when it is interpretable, and how such interpretation occurs. The empirical focus of this dissertation is interpretable gender in Spanish small nominals (BNs), or nouns that lack an overt determiner (Pereltsvaig, 2006). The main challenge presented by this group of nominals is to account for the surfacing of interpretable gender on the noun without the presence of a full DP structure (cf. Sauerland, 2008). In accounting for this possibility, I investigate three primary data points: (i) BNs in pseudo-incorporation structures; (ii) BNs in ellipsis structures; and (iii) BNs in coordinate structures.

Working within the Minimalist and Distributed Morphology Frameworks, I show that interpretable gender in Spanish comes in different semantic strengths as a result of its location on the nominal spine and the morphosyntax of the noun in question. I show that interpretable gender may originate on one of two locations on the nominal spine: D or n(see e.g. Kramer, 2015 for gender on n; Kučerová, 2018 for gender on D; Alexiadou, 2017 for gender on both). This location is dependent on two factors: (i) whether the noun possesses full DP syntax; and (ii) the noun’s class, as evidenced by morphosyntactic and semantic features that impact the acceptability of ellipsis constructions. Depending on the noun’s class and type of gender (feminine or absence thereof), gender may either be interpretable in BN form or require full DP structure to be valued from context. Evidence from coordinate structures further shows that nouns possess two sets of gender features that coexist: syntactic (uninterpretable) and semantic (interpretable) features (Wechsler & Zlatić, 2003).

The analysis presented in this dissertation updates previous analyses that posit gender phi-features to be of uniform presuppositional or assertional type (Sudo & Spathas, 2016). The correlation of morphological form and semantic interpretation of gender in Spanish additionally differs from languages like Greek and Italian (Bobaljik & Zocca, 2011; Merchant, 2014), suggesting that the morphosemantics of gender is language specific. Finally, inter-speaker variation evidences a changing gender system in Spanish in which usage impacts underlying form.