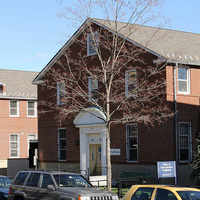 There has been a long-standing debate regarding the featural representation of ‘voiced-aspirated’ stops. Traditional models, including Laryngeal Realism (Honeybone 2005; Iverson &amp; Salmons 1995), assume that ‘voiced-aspirates’ are represented with the combination of two separate features: [voice, SG] (Beckman et al., 2013). Other proposals (Ladefoged 1971; Schiefer 1989), however, contradict the traditional ones arguing that ‘voiced-aspirated’ stops involve a completely different phonation type, presumably represented with [breathy].

While earlier studies relied primarily on articulatory data, this dissertation sought to investigate the best featural representation of ‘voiced-aspirated’ stops with data from several aspects: speech production, perception, phonological alternation (neutralization), and learnability of features via artificial language learning experiments. Data were obtained from native speakers of Bangladeshi Bangla except for two learnability experiments which were completed by native speakers of Russian and Spanish.

Four separate experiments were conducted to collect four types of evidence. The first experiment examined the acoustic properties of the stop sounds to see whether the predictions of the traditional proposals generalize to Bangla four-way stops. The second experiment investigated the issue of word-final neutralization which has been used as an argument for a [SG] feature in ‘voiced-aspirates’ (Lombardi, 1991). The third experiment looked into the importance of prevoicing, breathy-voicing, and plain aspiration in the perception of ‘voiced-aspirates’ to Bangla speakers. The final set of data came from 6 (six) artificial language learning experiments organized into two groups: the first four experiments investigated whether Bangla speakers can associate a [voice] or [SG] feature independently with ‘voiced-aspirates’ while the last two experiments, completed by Russian and Spanish speakers, investigated whether it is possible to learn a typologically unattested ‘asymmetric’ stop inventory like /p,b,bh/ or /p,ph,bh/.

Results from the experiments revealed that Bangla speakers associate a breathy-voicing gesture/cue, as opposed to plain aspiration, with ‘voiced-aspirated’ stops. Therefore, this dissertation concludes that the traditional proposal of [voice, SG] is not a true featural representation of ‘voiced-aspirates,’ and that the term ‘breathy-voiced’ stop is the correct descriptor of this stop category. It is necessary to represent this category with a [breathy] feature even though it sacrifices some featural economy.