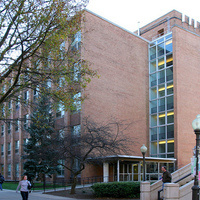 Title: The Molecular Mechanisms and Regional Divergence of Diapause in the Asian Tiger Mosquito, Aedes albopictus

Phenotypic plasticity allows organisms to respond to environmental variation over space and time by altering their physiology, morphology, development, and/or behavior. A fundamental aim of biology is to elucidate the adaptive significance and molecular mechanisms of these plastic responses. Among insects, photoperiodic diapause is a crucial manifestation of phenotypic plasticity in which day length provides an anticipatory cue that initiates dormancy in advance of seasonally-unfavorable conditions. Repeated evolution of diapause across taxa has enabled insect populations to persist in seasonally-variable environments and helps define the spatiotemporal distribution of populations.

Despite the clear adaptive significance of diapause, little is known about the underlying molecular mechanisms of diapause regulation. The first two chapters of my dissertation utilize emerging “omics” approaches – transcriptomics, metabolomics, and lipidomics – to characterize the molecular mechanisms of diapause. In these chapters, I found that microRNAs may contribute to transcriptional regulation of diapause maintenance in Ae. albopictus but are unlikely to play a significant role in transgenerational diapause induction. Additionally, I identified widespread alterations in lipid metabolism during diapause as well as an intriguing set of diapause-specific metabolites that warrant future research attention.

Across latitudes, strong selection on diapause phenology reduces environmental differences experienced by geographically-disparate populations during the growing season. In contrast, non-growing season conditions (i.e., while in diapause) often vary dramatically among populations and therefore traits expressed during diapause may undergo local adaptation. However, geographic variation for traits expressed during diapause is poorly characterized and no previous study has documented the rate at which these traits may diverge in nature. In my third chapter, I examined recent invasive populations of Ae. albopictus to measure divergence in diapause-associated traits. I documented rapid (<35 years) divergence in diapause-associated cold tolerance, diapause duration, and post-diapause fitness, mirroring previously identified latitudinal selection for diapause initiation timing.

By combining emerging biotechnologies with classic phenotypic assays, my research significantly advances our understanding of the molecular basis and geographic adaptation of diapause. Ultimately, my thesis highlights the interconnected nature of this crucial adaptation, identifying molecular mechanisms orchestrated across transcriptional and metabolic levels as well as a suite of diapause-associated traits undergoing coordinated divergence across populations.