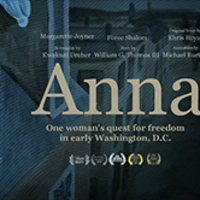 Saxophonist Khris Royal's ancestors Nace and Biby Butler were among the people sold by the Jesuits of Maryland down to plantations in Southern Louisiana in 1838. Royal represents the living tradition of jazz music in New Orleans, and composed and performed the soundtrack for the award-winning short film ANNA (2018). ANNA tells the story of Ann Williams and her struggle to secure freedom from slavery for herself and her family. Through telling Williams's story in music, Royal uses cultural expression to call for racial justice.

Khris Royal wlll perform with his band Dark Matter on Friday, March 15 as part of the free Friday Music Series.