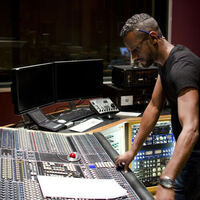 Compositions for the Silver Screen

In this lecture recital/film screening, Prof. Simon gives listeners a behind-the-scenes look at composing film scores. Simon's music ranges from concert music for large and small ensembles to film scores with influences of jazz, gospel, and neo-romanticism. His work for film has been featured at the Sundance Film Festival. The Georgetown University Music Program’s Friday Music Series features acclaimed artists in free concerts on Friday afternoons now at 12:30 p.m. in McNeir Hall, and integrated into a new undergraduate course (MUSC 200) titled Live Music in Context. Each concert will be followed by a Q&A.