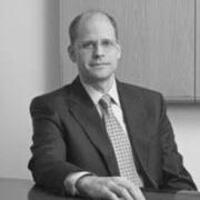 HAPI Hour Seminar: Greg Heller, The Opioid Crisis as a Crisis of Federalism

Some claim, not without reason, that the center of gravity for litigation against opioid manufacturers and distributors is in federal court in Ohio, where a massive Multi-District Lititgation has gathered hundreds of cases.  But there are also many hundreds of similar cases pending in State courts around the country.  Should the federal judicial system be in charge?  This echoes more general and more fundamental questions about the allocation of decision making between States and federal government when it comes to regulating how companies make, market, and sell drugs and medical devices.  Should the federal executive branch be in charge?  Consideration of this question includes a look at how opportunities for citizen engagement and policy advocacy often look different at the State and local level than they look at the federal level.

Gregory B. Heller has litigated numerous personal injury cases that have resulted in multimillion-dollar recoveries for his clients. Like the other members of the firm, he concentrates his practice in catastrophic personal injury litigation and health care law.

Mr. Heller, like all the members of Young Ricchiuti Caldwell & Heller, is a member of the Million Dollar Advocates Forum, a forum restricted to lawyers who have had primary responsibility in securing a recovery in excess of $1 million. The Martindale-Hubbell Legal Directory has given Mr. Heller its highest rating. He is admitted to practice before the United States Supreme Court, Pennsylvania courts and the United States Patent and Trademark Office.  He received his undergraduate degree in physics from Williams College and his Juris Doctorate cum laude from the University of Michigan Law School, where he was managing editor of the Michigan Law Review and received several awards for legal scholarship.