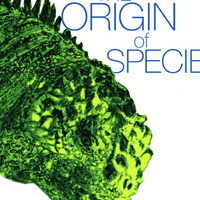 On the Origin of Species: A Nautical Melodrama

WORLD PREMIERE
On the Origin of Species: A Nautical Melodrama

From the book by Charles Darwin

All aboard! From the wild imagination of adapter, director and designer Natsu Onoda Power comes this thrilling and unlikely theatrical take on one of the most influential books of all-time, Darwin's articulation of the foundation of evolutionary biology. On the Origin of Species is a science-show-meets-nautical-melodrama adaptation of Charles Darwin’s writings-all taking place on his ship, The Beagle. The ensemble cast will query our struggle for existence through scenes, songs, movement, animation, and other theatrical transmutations. Do you have what it takes to survive?!  Part of the 2014-15 Georgetown University Theater & Performance Studies Program’s “Where We’re From:  A Season of Origins and Migrations.”