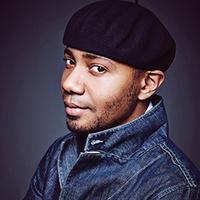 Paul D. Miller AKA DJ Spooky: Rebirth of a Nation

Rebirth of a Nation
By DJ Spooky AKA Paul D. Miller

Paul D. Miller aka DJ Spooky, discusses racial imagery, social circuitry, and cultural (mis)representation using examples from his film “Rebirth of a Nation,” a remix of D.W. Griffith's 1915 epic film “The Birth of a Nation.” Miller’s re-telling of this overtly racist story depicted in the Reconstruction-era Southern US hurtles Griffith's images into the 21st century, a sociopolitical landscape that has evolved beyond all expectations.