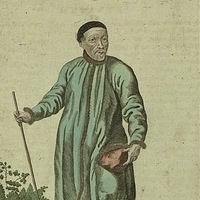 As the Russian state advanced across Siberia in the seventeenth century, it encouraged the residency and in-migration of Central Asian émigré merchants known as Bukharans. Authorities in Moscow were keen for the goods that they brought to Siberia, recognizing the potential of trade to fill supply line deficits in the region, and alert to the potential of transit trade revenue. In addition to their valued roles as merchants, Bukharans served the state in more formal ways. They served in the customs administration as auxiliary officers—or “sworn men” (tseloval’nik)—and appraisers at the marketplace. They also served in the diplomatic service, providing advance support, logistics management, and in some cases even leading commercial-diplomatic missions. Ad hoc functions included providing intelligence information to the provincial and imperial administrations. Importantly, and paradoxically, the Russian state sought to benefit from the knowledge that well-traveled and better-connected Bukharan merchants possessed and extended Bukharans’ privileged status even as it regarded these intermediaries with suspicion. For their part, Bukharans found themselves welcomed by state authorities as well as episodically harassed by Orthodox religious authorities. This paper reconstructs the career of Bukharan Seidash Kulmametev to examine the variety of formal and informal ways in which Bukharans served the Russian imperial state in the seventeenth century.

Erika Monahan is currently a visiting associate professor at Dartmouth College in Hanover, NH. She is an associate professor at the University of New Mexico in Albuquerque where she teaches graduate seminars on commerce in the early modern world and Eurasian borderlands. Her first book, The Merchants of Siberia: Trade in Early Modern Eurasia (Ithaca, NY: Cornell University Press, 2016) won the Lincoln Prize for a first monograph of exceptional merit and lasting significance in understanding Russia’s past. Her intellectual agenda seeks to better contextualize Russia in the early modern world, which drives her interest in connections and circulation of all things early modern. She is the author of “Locating Rhubarb: Early Modernity’s Relevant Obscurity,” in Early Modern Things: Objects and their Histories, ed. Paula Findlen (Routledge, 2013) and most recently, “Moving Pictures: Tobol’sk Travelling in Early Modern Texts,” Canadian-American Slavic Studies 52.2-3 (2018). She co-edited, along with Michael Flier, Valerie Kivelson, and Daniel B. Rowland, the volume Seeing Muscovy Anew: Politics–Institutions–Culture. Essays Honoring Nancy Shields Kollmann (Bloomington, IN: Slavica, 2017). Her current projects include a book project tentatively entitled “Spinning Russia: Nicolaas Witsen and the Making of Russia’s Image in Early Modern Europe” and updating and expanding Lindsey Hughes’ The Romanovs, Ruling Russia, 1613–1917 (Bloomsbury, 2009) She is the Book reviews editor for Canadian-American Slavic Studies and invites Slavists from a range of disciples interested in reviewing recent scholarship to contact her.