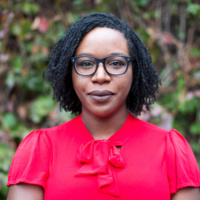 The Lannan Center for Poetics and Social Practice presents "Power and Language" with Lesley Nneka Arimah, winner of the 2019 Caine Prize for African Writing.

Free and open to the public.

The Lannan Center for Poetics and Social Practice