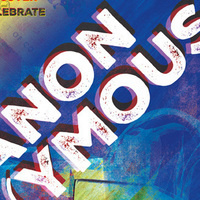 Separated from his mother, a young refugee called Anon makes a journey, encountering a wide variety of people — some kind, some dangerous and cruel — as he searches for his family. From a sinister one-eyed butcher to beguiling barflies to a sweatshop, Anon must navigate through a chaotic, ever-changing landscape in this entrancing adaptation of Homer's Odyssey.

The creative team for this production features one of Washington DC’s most exciting theatrical couples: the husband/wife team of director Randy Baker, playwright and co-Artistic Director of Rorschach Theatre, whose directing has been praised for its "clever touches" and "intelligent mix of classicism and whimsy" (Washington Post) and Prof. Debra Kim Sivigny, Georgetown University Theater & Performance Studies Program artist-in-residence, who is providing both costume and scenic design for this production. Her work has been called "a banquet for the eyes" (Broadway World). This production is part of the Georgetown University Theater & Performance Studies Program’s 2016-17 season: Discover and Celebrate.