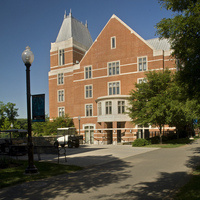 Title: Our Problems and Our Future: Jews and America

Standard accounts of twentieth century American Judaism have generally paid minimal attention to the inner dimensions of religious life, opting instead to explore major social and political phenomena. As such, most studies highlight the broad concerns of American Jewry, such as efforts to Americanize before World War II and attempts to secure Jewish continuity after the Holocaust. Based on an extensive review of manuscript collections from major Jewish institutions housed at the American Jewish Archives, this dissertation attempts to expand that historical narrative by considering ways in which American Jewish leaders have engaged with spirituality from the 1920s through the present day. Since the Archives are primarily a record of Reform institutions, this new data tells the story of Jewish spirituality as seen through the eyes of American Reform leadership. The first part of this dissertation therefore provides a decade-by-decade analysis of these findings to demonstrate that prominent figures were perennially occupied by spirituality, often interpreting more mundane concerns through that lens. The second part of this dissertation then turns to grassroots spiritual developments from the 1960s onward to consider the emergence of Neo-Hasidism and Jewish Renewal, as well as Jewish mindfulness and meditation, as manifestations of American Jewish spirituality from outside the mainstream. Ultimately, this dissertation offers an untold history of American Judaism’s longstanding and direct engagement with spirituality from the anxious rhetoric of the 1920s to the contemplative Judaism of the present day.