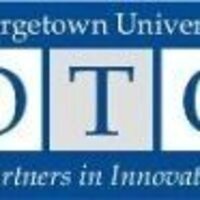 The NSF I-Corps program prepares scientists and engineers to extend their focus beyond the laboratory and accelerate the economic and societal benefits of their research toward commercialization. Grants of up to $50K are available to Georgetown researchers to learn lean startup and customer development skills from experienced entrepreneurs.

Jim founded the GW Office of Innovation and Entrepreneurship in 2010. He was previously a VC and private equity investor, and has been an academic researcher at MIT, Harvard, and the University of Tokyo. He was named in 2015 and 2017 by Washingtonian Magazine as one of the Top 100 Tech Titans in DC and by Hot Topics as one of the Top 100 Entrepreneurship Professors worldwide.  Jim received his Bachelor’s and Master’s degrees from Stanford University and was a Ph.D. candidate at MIT.